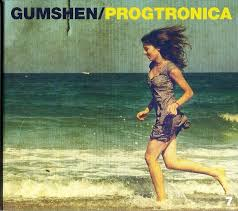 It can be hard to find music that stands out from all the others within its own genre, but Gumshen from Seattle have got the right idea by entwining elements of various genres into one sound. Can you guess how they arrived at the title of ‘Progtronica’?…

Opening song, ‘Bell Ringer’ has a positive upbeat sound largely made through the use of ambient synth sounds and energetic dance vibes. This one helps prepare us for the eclectic mix of genres to come! There are some nice tempo changes and variations throughout as the track progresses and demonstrates that the band know how to create a good musical arrangement..‘Stipulation’ is an easy listening song with a fun positive feel and has more appropriate and better fitted vocals here which compliment the tone and sound of the song moreso. Again they show good composition and musical arrangement.

‘Fine One to Talk’ changes things up dramatically with an air of country and folk aided by complimentary big melodic vocals and a bit more of a downbeat sound. There are some nice serious undertones with the added depth of layered strings and keyboards creating an eerie powerful and ambient sound. This is a stand out track!
‘Liquid’ brings us back to the electronic sounds heavily, and has interesting and effective breaks and gaps which work well with the synth sounds. In short it is weirdly wonderful and unique, which pretty much sums up the band! The end again takes a darker and heavier turn again showing off their creative diversity.
The strange ‘Bait & Switch’ has a big powerful dance industrial sound which at times sounds like its malfunctioning with loud outbursts musically and vocally in what is the shortest and quite possibly the most random track featured!
Final track, ‘Fragile We Are Castles’ which is also the longest song explores many different genres and is an impressive jamming track that truly shows how versatile the band are, although it predominately focuses on the more prog rock elements and is more serious and perhaps hints at where the band are heading in the future. It is a superb ending track which displays the bands musical freedom and adventurousness! This closer represents the band well and brings together all their best features, making this the best track and a must hear.
They have summed up their sound perfectly by calling this album ‘Progtronica’ as their sound is heavily influenced by electric elements but has some brooding and darker prog rock tones which build, develop and ultimately progress, through their great arrangements and compositions. The only problem at times is the lack of coherency and the misplaced vocals which don’t always match the vibe or tones of the song, but really this isn’t much of an issue when looking at the bigger picture. They have a strange and unique sound and there is no denying the band have heaps of skill and aren’t afraid to be daring in their experimental endeavours. Because of their broad range of musical styles this could appeal to the masses as there’s something for everyone in each and every song! 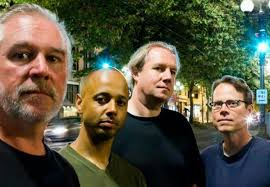 If this and their previous releases are anything to go by no doubt the band will be embarking on another experiment in the future and I for one would be interested in hearing what they do next! Check out their sites to keep up to date with the band and to hear their next musical creation!
http://gumshen.com/
https://www.facebook.com/Gumshen
https://twitter.com/gumshen
http://bandcamp.com/search?q=gumshen&from=corphome
-written by Carina Lawrence
Originally written by me for Indie Band Guru & can be seen here: http://indiebandguru.com/gumshen-mash-up-of-sound-creates-innovative-music/