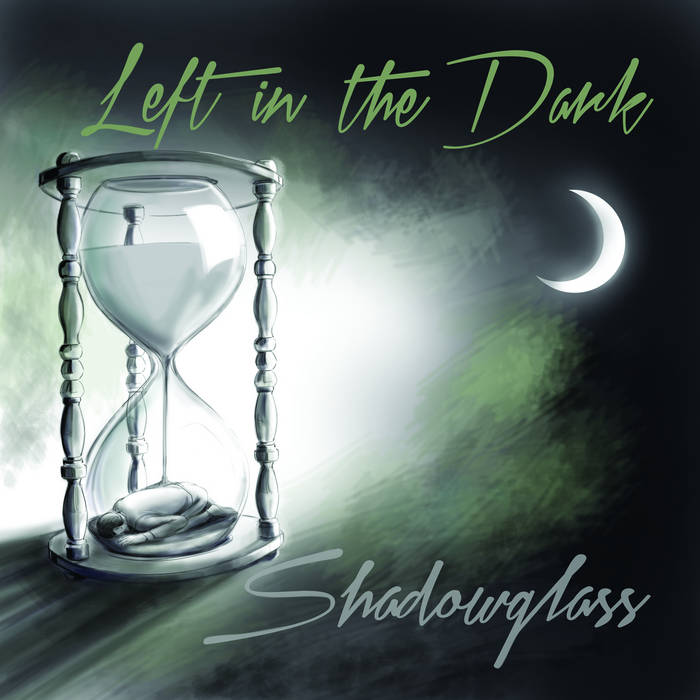 This quartet from Dayton, OH have only been together for two years, and in that time they wrote their debut album, 'Shadowglass'. The band are multi talented, as not only did they write and record the album, the vocalist, Josh Schaurer and drummer, Brian Gerth mixed and mastered it too, so a lot of hard work has gone into this first offering. With an interesting blend and delivery, Left In The Dark are looking to unleash a new style of rock...


The album opens on a haunting atmospheric piano intro, before going into first proper song, 'Denial', which is moody and far reaching, kicking things of in powerful way...


'Lie To Me' raises the bar higher, as it unravels a more aggressive metal side, creating a striking sound, which is all encompassing and very compelling, whilst sounding different to other hard metal sounds, with their layered dark and light rock.


'We Aren't' roars into action, bursting into fast riffage which is equally beautiful and soft at times, this is slower paced in parts, having a more classic rock feel and shows they can handle both sides equally well.

The entire album is coherent and consistent and they keep up the momentum, even when focusing on the more melodic rock side, which can be heard particularly in the tracks that follow, 'Last Request', 'Riptide', where they combine beauty and brutality to create irresistible catchy tracks.

The final song, 'One Last Time' is atmospheric and moving, whilst maintaining an unwavering powerful force, as seen throughout, especially with a strong chant like chorus.


Left In The Dark have produced a exciting fresh rock sound, that is impressive and intelligible, and has a nice balance of gloom and hope, which is portrayed wonderfully through the instrumentation and mood of the music. This will appeal to all rock fans alike, as it has something for everyone, from softer clean moments to hardcore charges, and whatever emotion grips them, they storm through with a mighty presence and superiority, with their striking alt rock! I seriously urge you to listen to Shadowglass!