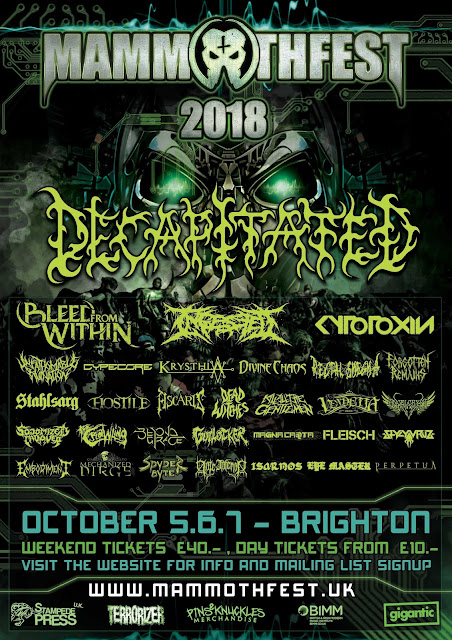 Mammothfest UK has announced new additions to the 2018 line-up: 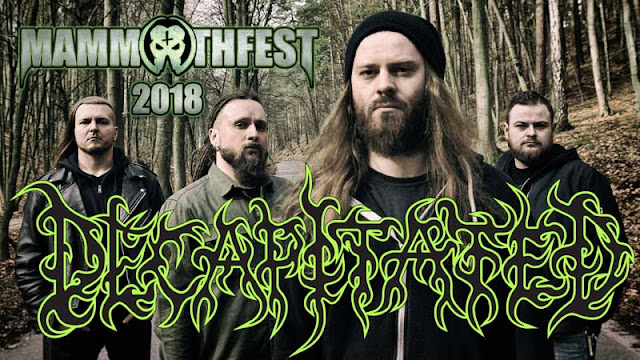 DECAPITATED headline MAMMOTHFEST 2018 and are now joined by an arsenal of stunning other live bands! 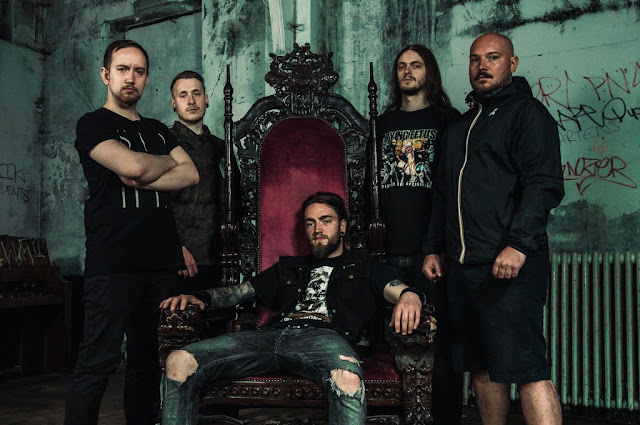 World Wide Slam Kings INGESTED are firm favourites in Brighton obliterating their crowds to bits every time while holding the throats of all sceptics, proving time and time again they lead the way in British extreme metal, getting stronger and more devastating with every offering.

Focused brutality at its best, their fourth chapter, THE LEVEL ABOVE HUMAN available via Unique Leader records sees the band tour the world extensively and so it was only right we got them back as main support to DECAPITATED on Saturday 6th October 2018. 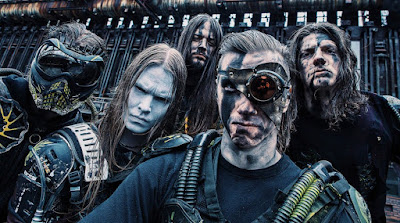 After World War III the human race got nearly exterminated by itself. Devastation. Major areas of the earth’s surface are contaminated with radiation. Synthetic body parts are absolutely essential for survival. High tech squads are fighting for resources. CYPERCORE is the incarnation of this apocalyptic scenario.

This will be one hell of a performance so in keeping with our motto we continue to bring some of the most exciting and fresh metal vibes to Brighton! CYPERCORE are stunning to watch live with luminescent costumes and a futuristic sound that will see out Mammothfest 2018 in style as main support on the Sunday 7th October 2018. 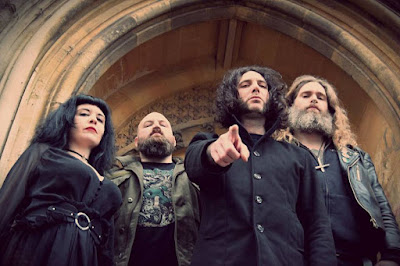 Dead Witches are a heavy psych band that just so happens to feature Mark Greening (of Ramesses and former Electric Wizard, With the Dead). More rooted in straight-up 70s worship psychedelic rock and roll, stripping back the brutal edges of other projects Greening has been associated with in the past, Dead Witches lose none of the darkness he’s become known for. Their sole release to this point, last year’s Ouija which was recorded with former vocalist Virginia Monti, is an album which embraces slow, as one might expect, but moves along with swagger.

Mammothfest will be announcing the stage times much closer to the event.

For more information on Mammothfest: