Monosphere Release New Song feat. The Hirsch Effekt "I Am In Control, Pt. I" 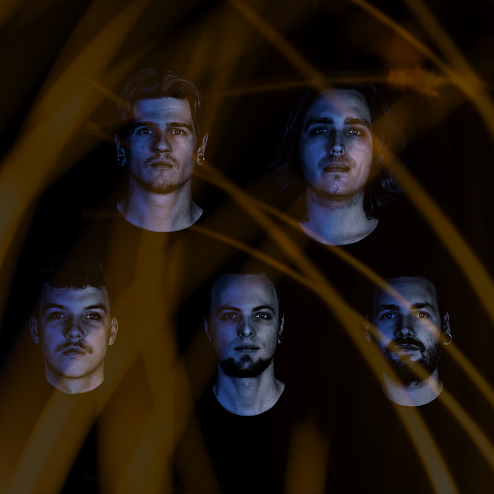 With the band‘s music video for "The Puppeteer“, they not only showcased their new style but also revealed a visually appealing narrative around the character of “The Puppeteer”. With “I Am In Control, Pt. I” the story continues, accompanied by another animated music video.

Groovy, heavy and catchy at the same time – one never experienced Monosphere as extreme, as on this track. “I Am In Control, Pt. I” culminates the different influences of the band into one shape: In between post-black metal, technical death metal and contrasting prog metal, and thanks to an astounding vocal performance by The Hirsch Effekt singer Nils Wittrock, Monosphere offer a rhythmically focused, modern mathcore sound, combined with catchy prog metal elements that might remind some of Between The Buried And Me or Devin Townsend Project. “’I Am In Control, Pt. I’ is the first part of a three-part opus and probably the best song we've released so far.”, says songwriter Rodney Fuchs. “The song is an example of Monosphere’s many influences and how they shaped the sound.”

In between The Faceless-esque tech metal parts, there’s also a good portion of post-black metal, which draw lines to Deafheaven or Der Weg Einer Freiheit, as Fuchs adds:

“Black metal already was a big influence on the music of Monosphere. We just never dared to really reveal this influence as obvious before.”

This influence creates an overwhelmingly depressing feeling, which is taking the lead within the wild intro of the song. It’s the switch into the clean part, where feelings like hope and happiness take over and reflect themselves in a catchy vocal hook and finally release their momentum within a grand finale.

"I Am In Control, Pt. I” leaves the metalcore roots of Monosphere and presents a more mature, grown-up and courageous prog metal sound that stands out with strong contrasts!
https://www.facebook.com/monosphereband