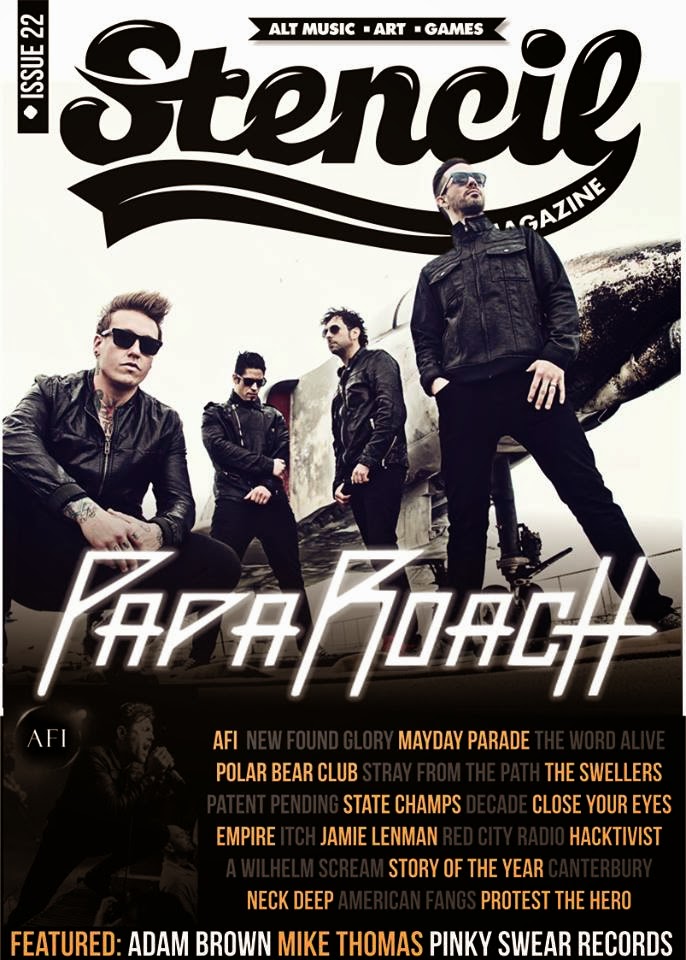 This Issue was a personal highlight for me as I was lucky enough to do phone interviews with only Jacoby Fucking Shaddix frontman of Papa Roach & AFI guitarist, Jade! This was huge for me being a big fan of both bands and growing up listening to them!

My other contributions included the interviews for Mayday Parade, Protest The Hero, The Word Alive, my album of the year feature (Bring Me The Horizon - Sempiternal - say what you like about the band, but there is no denying this was a hell of an album!) and my other reviews of, Protest The Hero, AFI and A Day To Remember!