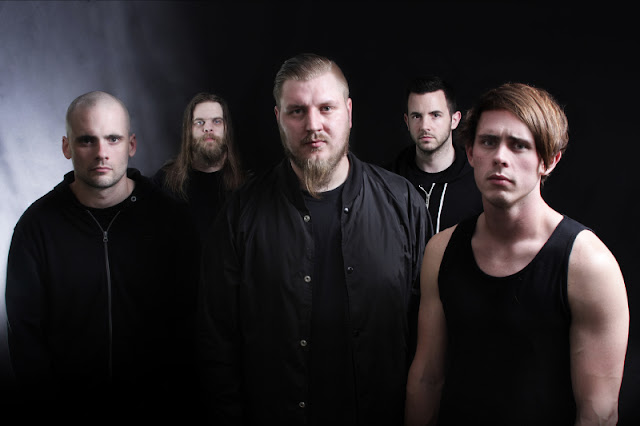 One of the UK's most promising death metal bands Abhorrent Decimation recently revealed release details for their hugely anticipated debut album, Miasmic Mutation. Out September 25th, and with just over four weeks to D-Day, today marks the unveiling of a full album teaser; a video featuring a short clip from each song.

Recorded and engineered by David Archer in the UK before making its way to Sweden to be mixed & mastered by sound wizard Ronnie Björnström (Aeon, Apostasy, Bodyfarm, Krow), the result is a death metal masterpiece.

In a sub-genre filled with mediocrity and where only those pushing boundaries are rising, Abhorrent Decimation are a breath of fetid air. The band harness a sound that is both brutal and catchy and that appeals to both the old school and the modern death metal fan. With Metal Hammer stating that, "The Londoners' full-length debut will be one of 2015's must-have death metal records," this quintet have hit the nail on the head and are bang on the money. 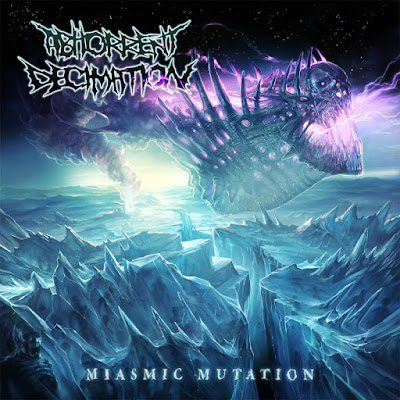 The band enlisted renowned Swedish artist Pär Olofsson to complete the Miasmic Mutation artwork (as seen above), famed for his work with bands such as Bloodshot Dawn, Exodus, Hour Of Penance and Revocation to name a few.

Abhorrent Decimation will tour throughout the UK in October in support of Miasmic Mutation, dates to follow.

Band-Maid, one of Japan’s up-and-coming all-girl rock acts, made their live debut to UK/Europe at MCM London Comic Con, which took place from 27-29th May 2016 at ExCel London, hosting the UK's biggest Modern Pop Culture Event.


The Tokyo quintet who formed in 2013, consisting of Miku (guitar/vocals), Saiki (vocals), Kanami (guitar), Akane (drums) and bassist Misa – have been building quite a reputation and fan-base all over with their blend of cute yet deadly rock music and stand out imagery (appropriately dressing as maids) whilst they unleash and deliver their seriously skilled and striking sounds. The concept of the maid outfit aesthetic stems from founder Miku’s experiences in the maid cafes of Akihabara – the Tokyo district known for otaku (‘geek’) culture and passion for rock music.


Through their music videos they have been reaping success and gaining well deserved attention, especially for the videos f…
5 comments
Read more