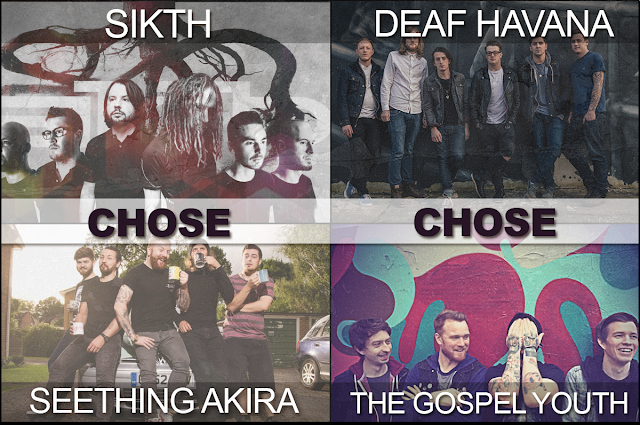 
Returning for its second year, Brighton’s Breakout Festival has once again given unsigned artists the opportunity to grace the stages alongside bands such as Deaf Havana, SikTh, We Are The Ocean, Black Tongue and Martyr Defiled.

Over 270 applications were received for the Headliner’s Choice competition, which puts the decision this year in the hands of SikTh and Deaf Havana. Each headliner chose the band that personally blew them away and the results are in…

Deaf Havana has chosen The Gospel Youth from Brighton www.facebook.com/thegospelyouth


What’s more, the remaining acts who were not chosen will have a further opportunity to get on stage at the festival during the Public Choice vote. They will go head to head to win the support of social media users to compete for the last remaining festival slot.

Regrettably Dead Harts have had to pull out of Breakout Festival since their announcement, but a replacement will be announced shortly. Festival Director Stefan Curzon-Price said: “We are sad to hear that Dead Harts will be unable to join us at Breakout, but the good news is we’ve already secured a real crowd favourite to fill their space on the line-up.” 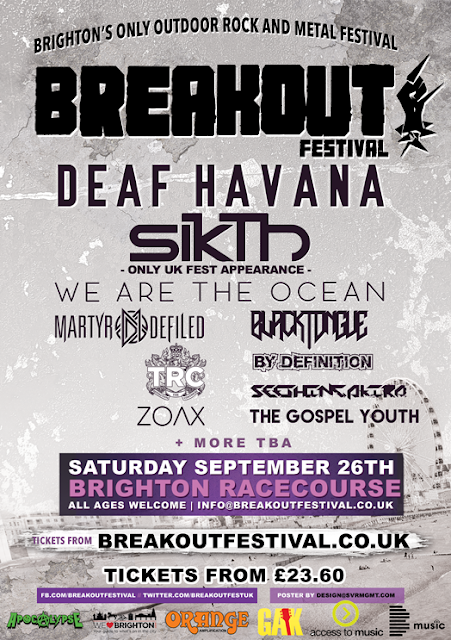