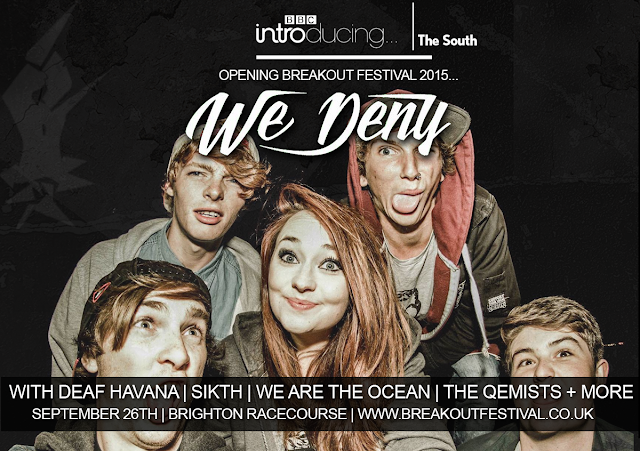 
In just 2 weeks Breakout Festival will be unleashed. After an epic festival season, rock and metal fans will play out the end of the summer 2015 with at Breakout’s rock fueled blow-out. It’s not just about the music this year though, Breakout Festival promises to be the best way to mark the season close with a wealth of other attractions and entertainment. Keep your eyes peeled for the rides and inflatables!

Breakout is Brighton’s first and only outdoor heavy rock festival. It returns to Brighton racecourse on 26th September 2015 with a high profile line-up which includes Deaf Havana, SikTh, We Are The Ocean, The Qemists, Martyr Defiled and Heck. Last year’s bill included Skindred, Funeral For A Friend, The Blackout, Silent Screams and Betraying The Martyrs. The festival attracted over 2,200 fans in its first year last year! 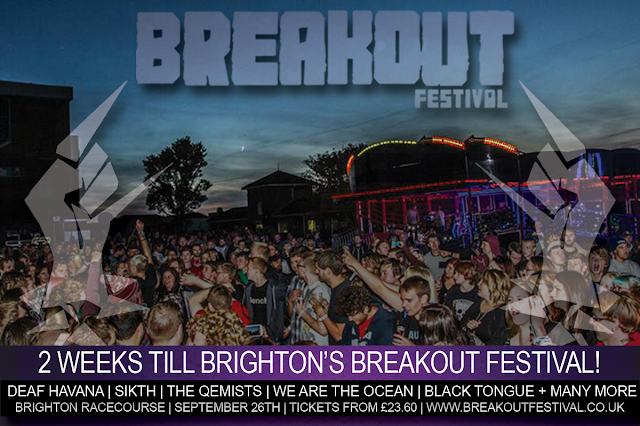