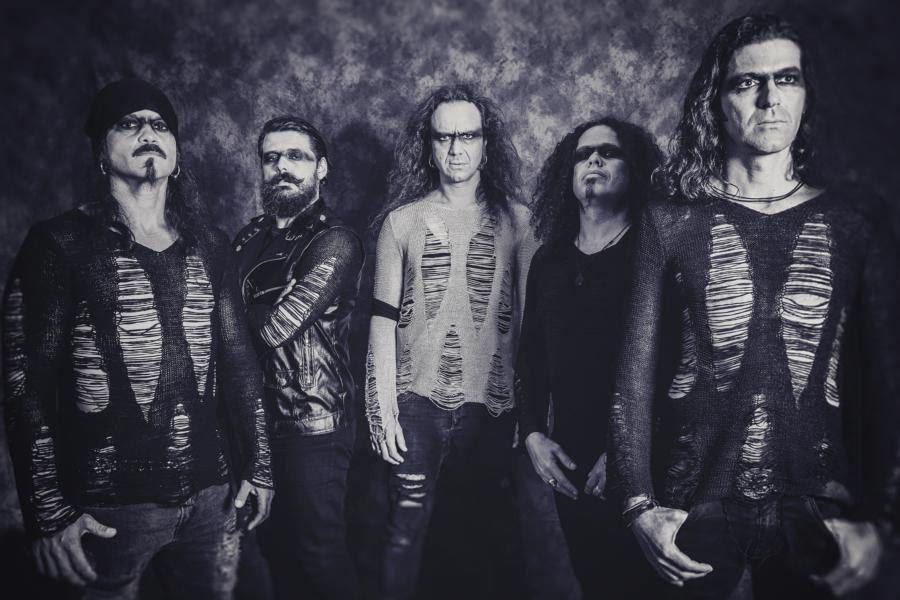 
NAPALM RECORDS, MOONSPELL and Alma Mater Records (band’s owned label) are proud to announce that there will be three shows in Portugal for the release of MOONSPELL’s new album '1755': a concept album, sung in Portuguese, about the Great Lisbon Earthquake, of 1755.
They will have a double date hometown- show in Lisbon where you enjoy the band's annual Halloween party as well as watching the show. On the 1st of November MOONSPELL will take the event to the city of Porto, as part of the '1755' first three announced dates:

These very special gigs will be produced by the band themselves in partnership with Alma Mater Records and in collaboration and with total support from their main label Napalm Records.

At the shows you will have the chance to buy the upcoming record exclusively and straight from the band and watch them destroy Lisbon and Porto. The ticket holder will get a free CD or vinyl edition (first 500 tickets, the edition will be signed by the band!). The new album '1755' will hit the stores on the 3rd of November in Europe via Napalm Records. Presales will be announced soon, but you can already get your ticket to Lisbon and Porto right now!

More info about tickets, reservations and information at:
www.letsgo.pt

Moonspell commented on these upcoming shows:
"On these shows we’re gonna play 1755 in its entirety but also recover some obscure stuff we haven’t been playing for many years.

1755 is a poetic, musical and philosophical reflection of the band about the tragic event that took place on the 1st of November of 1755 in Lisbon, decimating the entire city.

It’s mostly a Metal record, with vibrant riffs, epic orchestration and vocals and lyrics which invoke the agony of that day. The band was also concerned in recreating the end of the 18th century Lisbon and there will be lots of fusion, percussion and a melodic approach to that time and to the atmosphere the great city of Lisbon enjoyed back then.

There will be ten powerful, surprising songs that echo remotely to some of Moonspell previous efforts like Under the Moonspell or alpha Noir. But make no mistake! This is MOONSPELL as you never heard them before, with the fire of their native Language Portuguese and 900 years of History to unveil!

An historical, rigorous, serious, artistic record. A black beast from Portugal that the Metal scene so craves for.“