Taking said genre into brave new worlds are UK riff-gurus Turbowolf, who have just released their new / second studio album, ‘Two Hands’, via Spinefarm Records / Search & Destroy. Having recently toured with both Royal Blood & Death From Above 1979, advocates of the Turbowolf cause, the Bristol quartet are now very much on an upward trajectory, with Radio 1 playing the recent singles (‘Rabbits Foot’ & ‘Nine Lives’), and a headline UK tour currently underway… 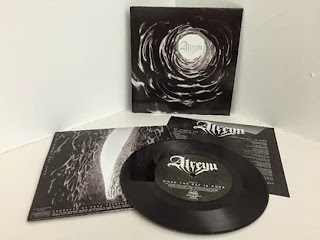 On the other side of the Atlantic, Atreyu are a band who have already left a serious mark… One of the key architects of the '00s American metal resurgence, selling over a million albums in a 10 year period, the Orange County outfit simmered on the back-burner after 2009… but now they’re back in business with a brand new studio album, set for release via Spinefarm Records / Search & Destroy in late summer / early autumn 2015, backed by a comprehensive touring plan.

Just as Atreyu were breaking big in the US, so UK sextet SikTh were turning heads with their debut album, ‘The Trees Are Dead & Dried Out Wait For Something Wild’; released in 2003, the record showcased a style combining elements of extreme metal, tech metal, prog & spoken word with plate-juggling musicianship & extended atmospheric passages to create a style that has cast a huge shadow over the past ten years of rock.


Meanwhile, nestling under the ‘none more legendary’ banner, there’s Newcastle ne’er-do-wells Venom – a band who not only invented a new category of extreme music (‘Black Metal’), but who continue to be a significant international force in darker circles, playing shows around the world and generally spreading the message for no-compromise heavy metal of maleficent intent.

Released in January of this year, new Venom album, ‘From The Very Depths’, is right up there with the best of their work, and April 18th sees it being released on (double) vinyl for the first time.