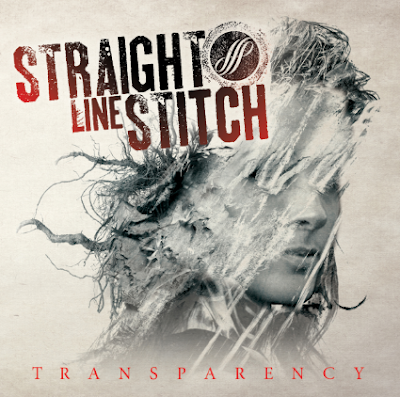 Female fronted American Heavy Metal band return with new EP, ‘Transparency’ following their 2014 self-titled EP, no doubt to wet our appetites while we wait for the upcoming full length release they are working on!...

‘Out Of The Shadows’ acts as a prologue which is eerie, atmospheric and sets the scene and flows effortlessly into, ‘Dark Matter’ which packs a punch with its fast driven hooks, superb sincere clean melodic vocals paired with divergent insane screamed vocals from Alexis, doing what she does best! This is a definite highlight, which has the ratio of melodic and metal nailed! The instruments compliment her vocals wonderfully and help add extra intrigue and depth..

‘Out Of Body’ opens on a soothing intro, which shows their softer side in contrast. This has tonnes of passion and heartfelt vocals, aided by the ambient and intricate layered instruments. Although this is mellower it still asserts itself strongly, just as much as when they are throwing everything heavy and angry at you! It leaves you hanging onto every note intently, while it washes over you!

‘Face Of God’ sees their fierce side return in bursts, with charged hooks and quick transitions between clean melodies and relentless heavy sections! Again the overall sound is far reaching and powerful, showing their natural musical progression and growth along with their well-loved signature sound.

Carrying on into ‘Wilderness’, Alexis impresses with her demanding and interchangeable vocals yet again, which at times can be inhospitable in the greatest sense; that along with pounding guitars, strong melodies and substantial drumming, makes this a memorable offering. This one takes you on a great journey again going into new territory slightly with an air of appreciative familiarity.

All good things must come to an end so, ‘Human Bondage’ does the honours. This may well be one of the best songs featured also, as it is the most varied, embracing all their strongest elements with soaring vocals both aggressively and passionately, and embodies their ‘dark’ and softer side in an immense and epic all-consuming manner!

This new, much needed EP is seeping with their characteristic unique combination of heavy yet massively catchy hooks and stunning melodic powerful vocals, but also sees glimpses of their new musical direction which when united, makes this one seriously solid and striking sound! I for one can’t wait to hear their next full length, as this is surely paving the way for what is to come. And they will easily rise the ranks further and command new fans as a result!

'Transparency' is released on 30th June through Pavement Entertainment! 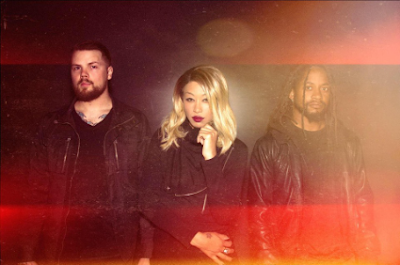