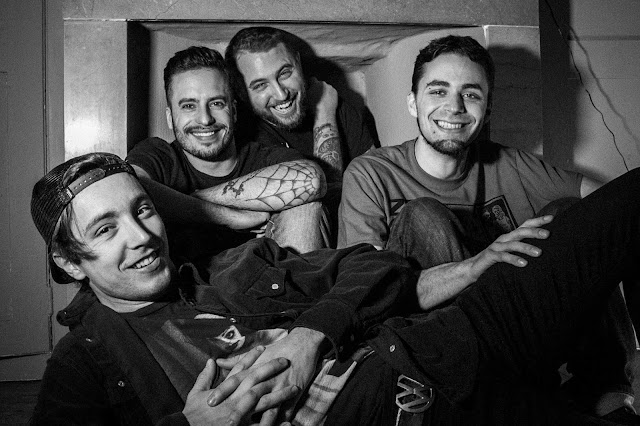 
Bare Teeth is a Punk Rock band from Lille, France, composed of Greg (guitar – vocals), Titouan (guitar – backing vocals), Jérôme (drums) and Tom (bass – backing vocals). After a demo sold more than 250 copies, the band has released its new EP 'First the Town, Then the World' on May 19th 2017. The EP is now available on Digipack CDs, 12" vinyl and in all digital formats.


Bare Teeth have just released, on September 15th 2017, a brand new music video for single 'Behind the Wall', taken from their latest EP. Check out the new video below!

The band discussed their latest video such as where it was filmed:

"We made it pretty simple for this one. It used to be Romain Pouly’s place, where we recorded the vocal and bass parts, until he moved out and Titouan, our guitar player, moved in… so basically, it’s Tit’s place."

Who filmed and directed the music video: "We made this video with Ginie Van Roy, who is a friend of mine and already has a small experience with shooting bands. She is not much into punk/rock or skatepunk, but it was pretty straightforward to work with her. In fact, it’s the first video we filmed for "First the Town, Then the World", months before the "Parted Ways" video."

And finally the meaning behind the actual song:

"I wrote this song a long time ago, while I was touring with Fast Motion, my former band. I had the opportunity to tour several times in Central and Eastern Europe, and although these countries are way poorer than France, people there were always ready to provide us a place to sleep, give us some food and drinks and make sure we had a little money after each show. The "wall" is both a reference to the Berlin wall and the Iron curtain. People from these countries lived a very different youth than ours, but we’ve also reunited through music. That’s incredible!"

To find out more about the band: