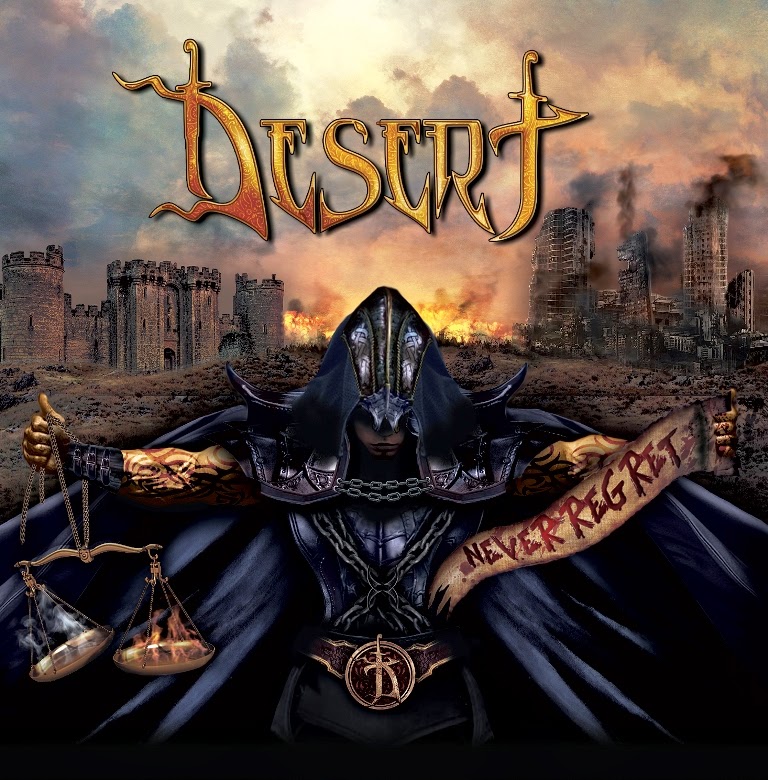 Looking for new music for 2015?! Check out Dark Epic metallers from Israel, DESERT - they have just released the official video trailer of their upcoming album "NEVER REGRET", which is scheduled to be released worldwide on March 30, 2015 via Raven Music.
DESERT crew says: "We do this because of your, dear fans and friends, long and patient waiting for the album release and we want you to hear and feel the vibe of the album, just if it's a little bit. And it's our present to you for the End of 2014 year. This trailer contains the previews of each song on the album, so you can get the general idea and atmosphere. Feel the Power of DESERT!

Get a taste of what is to come by viewing the official album trailer: http://youtu.be/C-fHlREflg8