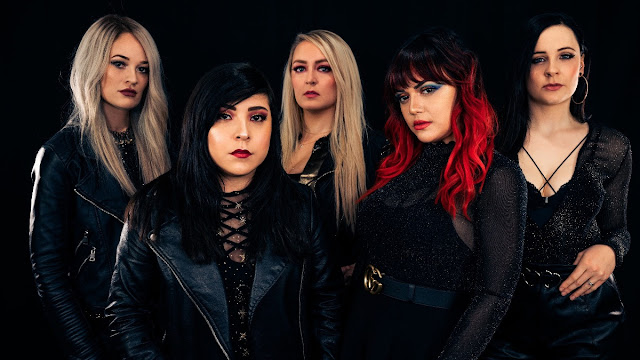 Metalcore act Conquer Divide released their self-titled debut back in 2015 then since 2018 the band went quiet but now they are back with new single and video 'Chemicals'.
Check out 'Chemicals' below:
"We know everyone's been dying to hear what we've been up to, and the short answer is that we had just taken a bit of a break to focus on our personal lives. We had a lot of time to reflect on what direction we wanted to go in next. I think collectively our musical tastes have all evolved. We still wanted to feel heavy and anthemic but it was important for us to step outside of our comfort zone moving forward," the band, which accumulated over 20 millions streams of its debut album, explains.

About the new track, which was produced by Joey Sturgis and Tyler Smyth, the band shares, "'Chemicals' is about addiction from the perspective of an artist. More often than not, addiction can get swept under the rug or is almost encouraged in some circumstances by the people who are the closest."

Conquer Divide continues, "Sometimes, being on the road can be the absolute worst place for an artist struggling with addiction, yet they are encouraged to keep going. Those around them don't always see or read the signs and we end up losing so many talented musicians to overdoses or mental health issues that frequently accompany addiction. This happens everywhere from rock and metal music to the highest echelons of pop. This song talks about how you can turn a blind eye, but at the end of the day, that makes you part of the problem."

Conquer Divide, who have been lauded by the likes Alternative Press, Kerrang!, Guitar World, and more, furthers, "For the music video, we wanted to show that through textures. You see the artist performing at the top of their game but there is clearly something going on beneath the surface. They are going through the motions but they are a shell of their former selves where the addiction has taken over to the point it's impossible to ignore visually. But others choose to pretend everything is normal. Our director Jeb Hardwick did an awesome job with that and I can't speak highly enough of his work and work ethic. This was our first video in front of a green screen and it was a really cool experience. Since we all have to fly to a central location when we got together —as we are scattered across the US and Canada— we were very lucky to be able to film it before the pandemic hit."

"I was was inspired by Max Bemis, who wrote several AMAZING albums for Say Anything and recently resigned because he felt like fans only liked him when he was unwell and no one liked his music when he was sober," says singer Kiarely. "There are many ways to interpret this song. The most important thing is that fans connect to it and it helps them in whatever way works for them. What it means to me is different from what it means to other people and I feel like that's the whole point."