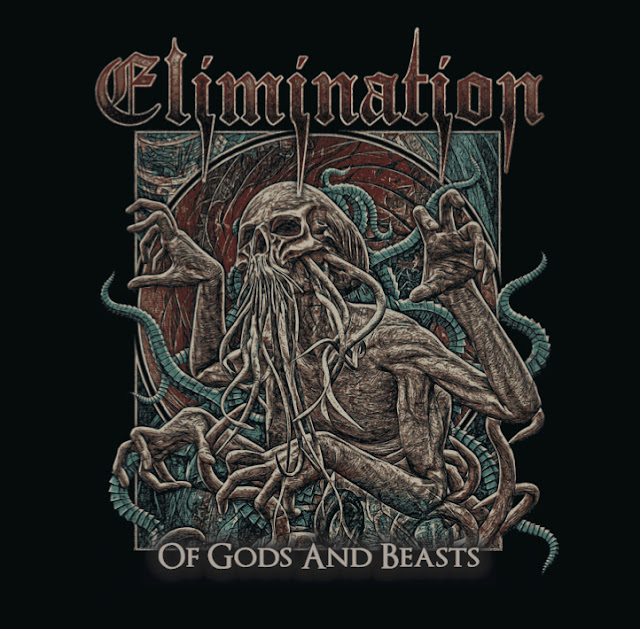 Elimination are a 3 piece thrash metal act hailing from Suffolk UK who formed back in 2007. They released their debut album two years later “Destroyed By Creation” which opened up many doors for the band and led to a quick release of their sophomore album "The Blood Of Titans' which was supported by a UK tour with Evile as well as festival appearances at the likes of Hammerfest. The band had a hiatus back in 2012 and returned in 2018 with a new line-up and now in 2020 they are ready to wreak havoc once again with their upcoming EP 'Of Gods & Beasts'...


Opening track 'In The Name Of Violence' is blistering and insane throughout with effective and powerful group chants and soaring guitars, a great demanding and powerful start to the EP.

'The Return' showcases immediate crushing guitars and a sense of urgency but has a more optimistic and hopeful sound than the opener and a highly skilled solo to top it off, another boastful thrash metal offering.

Third and final track 'What Have I Done' has hard-hitting guitars and pounding drums with another change in tempo, keeping the EP diverse and showing their capabilities whilst still remaining brutal.

Check out 'In The Name Of Violence':