SURVIVE To Release Single "The Road to Hell is Paved by Goodwill" Ft. Tony "Demolition Man" Dolan + New Version For "Rules of Lies" 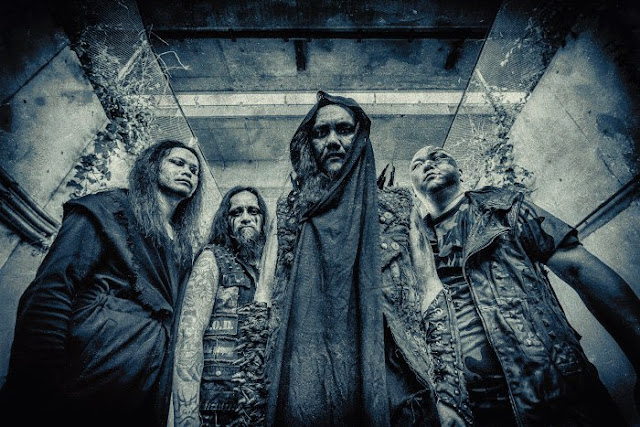 Tokyo based “Samurais from Hell”, SURVIVE - active in the world for over 20 years - have announced a new limited digital single "The Road to Hell is Paved by Goodwill", coming out August 31st. The single is featured by VENOM INC's Tony "Demolition Man" Dolan.

Furthermore SURVIVE have re-recorded a new version for "Rules of Lies" which was included in "Human Misery" album (2015), coming out also on August 31st.

As previously announced, SURVIVE were forced to postpone their 2020 UK and Baltic tour (March 18th – April 4th), due to Coronavirus pandemic. The tour will be rescheduled to October 2020. More information TBA.

‘Immortal Warriors’ is SURVIVE’s 7th full length studio album, one of their very best and as an added plus contains a bonus track featuring a cover version of the Metallica classic Master Of Puppets …Survive style! Recorded at Rebel Sound Lab. Recorded/Mixed by Gaku. Produced by the A-Team (Nemo & Gaku). Mastered by Galaxy Blast Mastering. Artwork by Dedy Badic Art. Art direction & design by Outro. The album artwork was created by Dedy badic art.

Tokyo’s Thrash Heroes SURVIVE began life over 20 years ago and have forged their own indelible path within the jmetal scene. It was back in 1998, when former Death File guitarist and mastermind Nemo decided to form a thrash metal band of his own which soon became the juggernaut known as SURVIVE. Over the next two decades the band have played many big festivals (Loud Park, Beast Fest, Multiplex-motorbike event, Korean Live Rock, Formoz Festival, Asia Metal Festival, Dongducheon Rock Festival, Trendkill Extreme Feast, etc) and toured all over the world with acts such as Behemoth, United, Killswitch Engage, Dope, Pulling Teeth, Testament, Outrage, Anthrax, Hatebleed, Napalm Death, Amon Amarth, Venom Inc, At The Gates, to name just a few, cementing their place in Japanese metal history. Still going strong, SURVIVE‘s latest album “Immortal Warriors” was released to the Japanese market on September 12th, 2018 and a year later, on September 24th 2019, the album is out worldwide via Sliptrick Records. SURVIVE have lost none of their verve and “Immortal Warriors” is an absolute must for fans of this fantastic, often overlooked band.