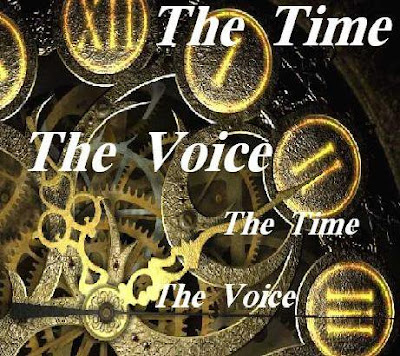 This band/project is fronted by our very own Alan Sutheran (presenter of 20 Minutes Of Arc show on Basement Sound Radio). Alan sings, plays guitar and just about every other instrument heard on the album, with the occasional exception..he also wrote and produced practically everything too..a man of many talents is our Alan!..Of course he had some help in the form members, Aaron Foy (Lead Guitar), Doug Sutheran (Drums), and Lee Potts features on some tracks also, helping with production and synth/drums in parts!
This album contains 9 varied and interesting tracks, including a superb cover of Pink Floyd's "Wish You Were Here", which is a must hear! The other songs are all originals.."Time goes by" starts with a strange, spacey futuristic intro, which quickly goes into a clean optomistic sound and has a classic rock feel to it with a hint of blues..the guitar solo is great and has a really nice tone to it, nicely produced! "Times Extreme" opens with chiming clocks mixed with weird sounds and a great guitar riff..has a great contrast of old and new..old school rock and futuristic vibes..makes for a good result and I think its easily accessible to all ages and anyone can appreciate it, especially as it in parts has some mainstream qualities (this is meant as a compliment!).
"When Darkness Falls" is one of the instrumental tracks which is one of my personal favourites in fact!..It is the 'darkest' track featured on the album, as it has a sinister feel with a choir and weird synth sounds..very intrigueing and exciting..the screams in the song (by Chloe Sutheran) add to the suspense and sinister sound of the song which also leads to the build up of instruments ..this is a very modern track that shows versatility! This is brilliantly constructed!
Another particular highlight of the album is, "Behind The Eyes" its well constructed, ambient and atmospheric. The song, "Hear My Voice" picks up the pace a bit compared to some slower tracks, with fast drums and a nice progression..it has a indie rock/classic rock sound entwined with some blues influences also, again making it appealing to a wide audience, it almost has a kaiser chiefs/the rancounteers feel to it in parts! This is another clear stand out track which must be heard!!
Another instrumental track..well not quite as it has 'voices' in it rather than singing, is the interesting and quite eerie, "Voices in time" it has a great beat making it powerful and with a spooky sound that sort of reminds me of the exorcist theme music a little or some old horror film soundtrack,with a modern twist.. its a great thought provoking, tense track and again shows how the band is versatile and I'm personally loving this new and interesting direction in their sound!
I think this album will be a 'timeless' one!..It has a bit of everything, making it a great listen for all audiences..a mix of old classic rock, indie and blues as well as strange futuristic synth sounds, making it overall a great and inspiring album with a great concept behind it! I guarantee listening to this album will not be a waste of 'time' but time very well spent!! Hopefully this will be heard by many and your be pleased to know it will be released through Basement Sound Records in early 2011!
Remember to tune into Alan's show, 20 Minutes Of Arc every Wednesday night on Basement Sound Radio! As well as all the other shows to hear the best underground rock/metal around! http://www.basementsound.co.uk/
http://www.myspace.com/angelheartuk