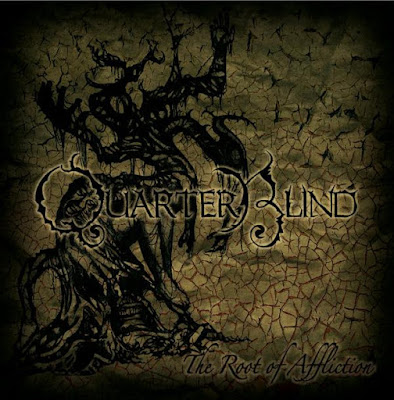 This 5 piece outfit from Southern England combine elements of Death Metal, Thrash and Melodic Metal, giving them a unique and truly great sound!

They have done extremely well in particular with their latest release, featuring on a Terrorizer CD with the song, "For Freedon For Treason", as well as receiving great reviews from Kerrang and Rocksound! They also made a video for, "When The Dead Walk The Streets" which is taken from, "The Root Of Affliction". Which is a great video and is an fantastically addictive song..Its so catchy it may ressurect the 'dead' from their graves!
They have also played nation-wide shows with big bands such as, Sylosis, Trigger The Bloodshed, The Defiled, Seven Year Kismet, OutCryFire and Speed Theory amongst others! And now they have landed another great slot..supporting Sylosis, Malefice and I Defy at the M.E.C.A on the 12th of November 2011. Not only that but the original and talented vocalist, Daryl Self has returned, making them stronger than ever again!
I asked them about their upcoming massive support slot, their live shows and the future..

Carina
How does it feel to be playing a gig with the likes of Sylosis and Malefice? Both bands that could easily be said to be two of the best new modern metal bands around. LEE : Sylosis and Malefice are both great British bands we have always had respect for and love their sounds, so playing on the same bill with them is something we are really looking forward to. We have played with Sylosis before and they are awesome!

ANDY : Yeah it's definitely a great opportunity for us to play on such a strong bill.
Would you say this is a highlight of your career? And what else would you say is?LEE : It's certainly up there and the direction we want to go in. We want to get our music out there so people hear what we're about. The other highlight would have to be signing an endorsement with Strictly 7 guitars and getting our own QB custom guitars made.
ANDY : Playing with the bigger band's is always a good indicator that you're making progress, "Trigger the Bloodshed" was another good one for us.
I have actually seen Sylosis and Malefice live myself, and boy they didn't disappoint! Will you be pulling out all the stops for this show?LEE : We feel we offer something different on the bill as does every other band on there so it makes for an awesome night where there is much variety in one show. I think it makes a change from a lot of shows now a days where most of the bands on a bill are playing the same thing. We always go out to put on a good show for our fans and want to show everyone what we're about so we will be pulling all the stops out as usual. ANDY : We'll be giving it our all, hopefully we can win over some new fans. Those bands will undoubtedly be great but I don’t really view it as competition as such because we do different things.

What can people who have never heard you or seen you live expect?LEE : Brutal riffs, dark melodies, and all out heavy metal!
ANDY : A pretty damn heavy set, but something a little different. I think we have a unique sound.

What is your favourite song to play live and why?LEE : Bleeding the Guilty is always a good one, it's got a bit of everything in it and it's a crowd favourite. It goes from heavy to melodic, from dirty to clean and that’s what we're about. We like to add emotion to our music and make it original.

ANDY : It varies from gig to gig but yeah Bleeding The Guilty is always good, I think the new stuff we're working on will be really satisfying live too. How is it having your original vocalist, Daryl back? And how does he feel himself to be back with the band?LEE : It's great to have Daryl back in the band!  Dary's vocal style is really in your face and we love that! He has a great style and you can tell it's him a mile off! He has a unique way of putting lyrics to tracks which keeps it original and exciting and it sounds great. Daryl has always been a great friend  as well which is always a big part of QuarterBlind

ANDY : The dynamic of the band just feels right now Daryls back with us. He's defiantly an asset to our live performances too, its going to be awesome getting back on the road.  And lastly, what's in store for the rest of the year and the future? LEE : We're writing for our third album and want to do a tour to let people hear that, Before that it will be more gigs and experimenting for the new album. We always want to add something new to our next album but always like to keep the QuarterBlind sound there. There’s nothing worse than buying a bands new album and it sounds exactly the same as their last and on the other hand it's not good when you buy a bands new album and it's not the band you got into originally.
We like to add something new without taking away the old.

ANDY : We really just want to get out and play to more people, i think the new material could appeal to a lot of people. Hopefully your readers will be able to catch us at a show in the near future.